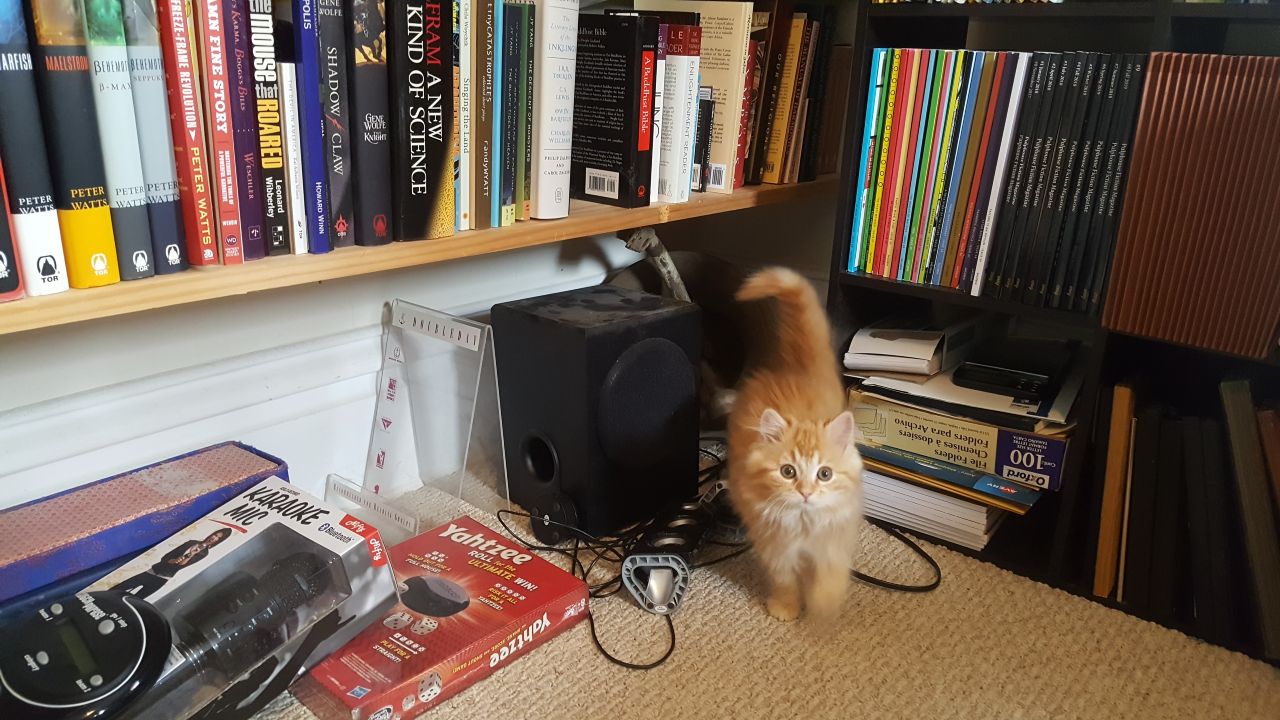 Oh, what a year was 2020. This is a post I have planned to do annually for approximately the 20-year life of this blog, but I don’t think I have ever done a comprehensive year-in-review. Though all subsequent annual round-ups may seem boring by comparison to 2020, this is a good place to start.

The State of the World

While it may be tempting to call 2020 a “Black Swan”, there is nothing about 2020 which was unexpected. COVID-19 was recognized in late 2019 (thus the “-19” part of its name), and alarms were raised anywhere people would listen. Of course very few people listened, or they did and reacted stupidly, and thus the rest of 2020 turned out the way it did. As of the writing of this post (December 31, 2020) I know at least a dozen people who have contracted COVID, some of them severely, though none have (yet) died of it. The United States passed 343,000 dead in less than a year, and who knows how things will continue into 2021; though with the ominous groundwork laid here so far, I can only imagine that bad things will continue, and also get much worse before they get better.

I adjusted quite easily to social distancing and quarantining myself, mostly because I seek solitude, but also in part because my job does not require that I be any place in particular. Thus I spend the majority of each day in my office on a laptop, staring at JavaScript until it makes sense or goes away.

The 2020 general election was a colossal shitshow, as is everything which emasculated manbaby Donald Trump, patron saint of Daddy Issues, touches. The existential stress the past four years came to a head on election day as the American electorate turned out in unprecedented numbers to kick Trump to the curb. The fact that there was any doubt at all that this would be the case is a terrible indictment of the USA, even worse than that there are enough racist, misogynistic, gleefully ignorant voters to put Trump in office in the first place. But to attempt to do so a second time is absolutely mind-boggling.

2020 was the first full year in which I lived with a significant other. Zyra moved in in mid-summer 2019, after spending most of her time here anyway, due to terrible weather and the fact that four or five of her tiny apartment could fit in my average-sized house.

What can I say? Things are going well so far. We work well together, and we are also respectful of each others’ space, which is so very important here in the plague years.

The biggest change for both of us (other than co-habitating) was the arrival of Poe, our small female ginger cat who arrived the day after Christmas 2019.

Thee second biggest change for us (other than co-habitating and the arrival of Poe) was the arrival of our new and incredibly fluffy ginger kitten Pepper. Pepper arrived fresh from the same farm in the upper peninsula which generated Poe. As near as we can tell they are cousins, but with isolated colonies of feral cats, the lineages tend toward brambles instead of trees.

In past years, Master Lee’s school has held or participated in four events annually – a Chinese New Year dinner in early February; the Grand Rapids Festival of the Arts and the Grand Rapids Asian-Pacific Festival in June, and Sifu Day in late July or early August, depending on the specifics of the Lunar calendar. In 2020, due to COVID-19, every event after Chinese New Year was cancelled. This was certainly for the best, as our class, though overall much healthier than the average of the West Michigan populace, also skews toward the older end of the spectrum.

I wasn’t particularly upset about the cancelled performances, as we have participated in the Festival of the Arts every year it has been held since the late 1980s, and a break to reset the psyche can be welcome.

The cancellation of Sifu Day, where traditionally the entire extended class, as well as friends and family, gathered for a huge potluck, hurt. It is my favorite of the annual events and we were not even able to visit with Master Lee, though we did a drive-by visit of sorts and dropped off food and gifts for him and his wife.

The downtown YWCA closed, so our classes moved online, with senior instructor Rick Powell running Zoom sessions at our normal class times. This took some adjustment, as suddenly he was doing all the teaching himself, with no assistance from any of the other instructors. And Master Lee of course was not able to teach through zoom due to not having the technology available to do so.

But we persevered, and when the weather grew warm in June we moved classes to Wilcox Park in the Eastown neighborhood of Grand Rapids, where we practiced in the grass and under trees until the end of October, when due to the uptick in COVID-19 cases we returned to exclusively remote classes.

I expect that as weather permits we will move back outdoors, possibly as early as March. It all depends on the state of COVID.

I loved the outdoor classes. In past years I have spent most of every weekend at the Lake Michigan lakeshore or out and about in the various fields and forest and trails with my camera, enjoying the beauty of natural Michigan. With travel sharply curtailed by COVID, my girlfriend’s sprained ankle, and the existence and proliferation of violently stupid conservative anti-maskers in Michigan, we decided to stay around the house. And with the downtown office closed so I wasn’t walking the mile to and from work every day, the enforced outdoor slow-time was much appreciated.

This will be covered in more detail in other posts, but in spite of the shakeup to the schedule, this was a great year for reading. I completed something over 80 books, primarily thanks to a deep dive into R.A. Salvatore‘s Forgotten Realms novels in July and August, and to participating in the Sealey Challenge in October, where I read a book of poetry a day for a month. Those two reading events added up to over fifty books, and the rest were a scattering of fiction and nonfiction from March to December.

2020 was also the year where I focused my attention on short stories, and though I fell far short of my goal of reading at least one a day for the entire year, I did manage to read slightly over 100. Most were genre, though I did skip around in the literary fiction realm. For the first two months of the year I focused exclusively on short fiction (other than finishing a book I had started in December), and it wasn’t until mid March that I picked up longer works again. I read primarily fantasy, thanks to picking up a big old pile of books at ConFusion in January. Many of the books were self-published, and this prompted me to throw caution to the wind and write a fantasy book of my own.

It isn’t done yet.

I hit the ground running with writing this year, and though I did not meet a single self-imposed deadline I managed to complete a few short stories, multiple poems, and a little over 25,000 words of a new novel.

Then, somewhere around the beginning of October, I hit a wall and didn’t write anything other than journal entries for the rest of the year. So while I wrote quite a lot, at the moment I feel like I didn’t really accomplish much of anything.

This is, of course, inaccurate. In April Portage Magazine published my poems “Afternoon Traffic” and “Percussion”. In September I was notified that one of my short stories, “Occupied Space”, will be published in January 2021 by Coffin Bell.

These are my first non-solicited works to be published since 1999. In any other year this news would have increased by an order of magnitude my writing drive, but here at the end of 2020 my drive is at an all-time low.

The novel is one I was inspired to write after spending most of ConFusion 2020 hanging out with a group of authors who have found success self-publishing their work. They introduced me to the Self-Published Fantasy Blog-Off (or “SPFBO”) which is currently in its sixth year. To cut to the chase, I am now completely sold on self-published books of any genre. The winners (and also most of the runners-up) of the SPFBO are every bit as good as any fantasy novels published traditionally, and in many cases are even better, with the added feature of not being hindered creatively by the need to satisfy a corporate bottom line. So if and when I complete this book I will go the route of the self-published authors, of whom I am now an avid fan.

I don’t see much of my family anyway, so this year was no different. My nieces are growing like weeds, and my brother contracted COVID though his symptoms were mild and his recovery rapid. My mother and step-father are in their mid 80s and dealing a wide variety of health issues so I saw even less of them this year than usual. As for my extended family, I never see them anyway so this year was no different from any other.

The downtown office closed on March 15, 2020, and I have not been back since. Working from home is not difficult for me, though when the weather is nice I do enjoy the walk downtown, and I do miss the mid-day walks along the river.

The year started with the last few weeks of a year-long project which was actually interesting and fun (for certain work-constrained values of ‘fun’), with an excellent team of folks.

Then I was on a month-long project in March in which I was cheerfully thrown under the bus by the project lead.

I spent much of August and September taking classes toward getting certified in one or more AWS Cloud specialties, and then I was assigned in rapid succession two projects, one of which is currently underway.

2020 was difficult. Not as difficult for us as for many, but not easy by any means.  My brain is still in a fog and I find it difficult to focus on anything for more than a few minutes at a time. This makes reading and writing especially difficult, but helps when dealing with a new kitten.

I am glad 2020 is over. Though arbitrary temporal divisions have no physical impact on life, being in tune with the zeitgeist means that midnight tonight is a good time to let go of a lot of psychic baggage and try to regain, cautiously, some sense of optimism that, if 2021 will not necessarily be appreciably better right away, it will stop getting worse at such a rapid pace.

And it that leaves a lot of room for things to still be pretty bad, it also opens the door to hope, which is the thing with feathers, beautiful and delicate and always in danger of being eaten by feral cats.

It's true CRT is a relatively little-known branch of study taught in higher ed, not public school, but I'd say it's an indicator of how effective it's been at attacking white blamelessness, that it's become the latest scare-word conservatives use when they simply mean "history." https://twitter.com/kayiveyforgov/status/1450880750665048067

We have permanently BANNED Critical Race Theory in Alabama. We’re focused on teaching our children how to read and write, not HATE.