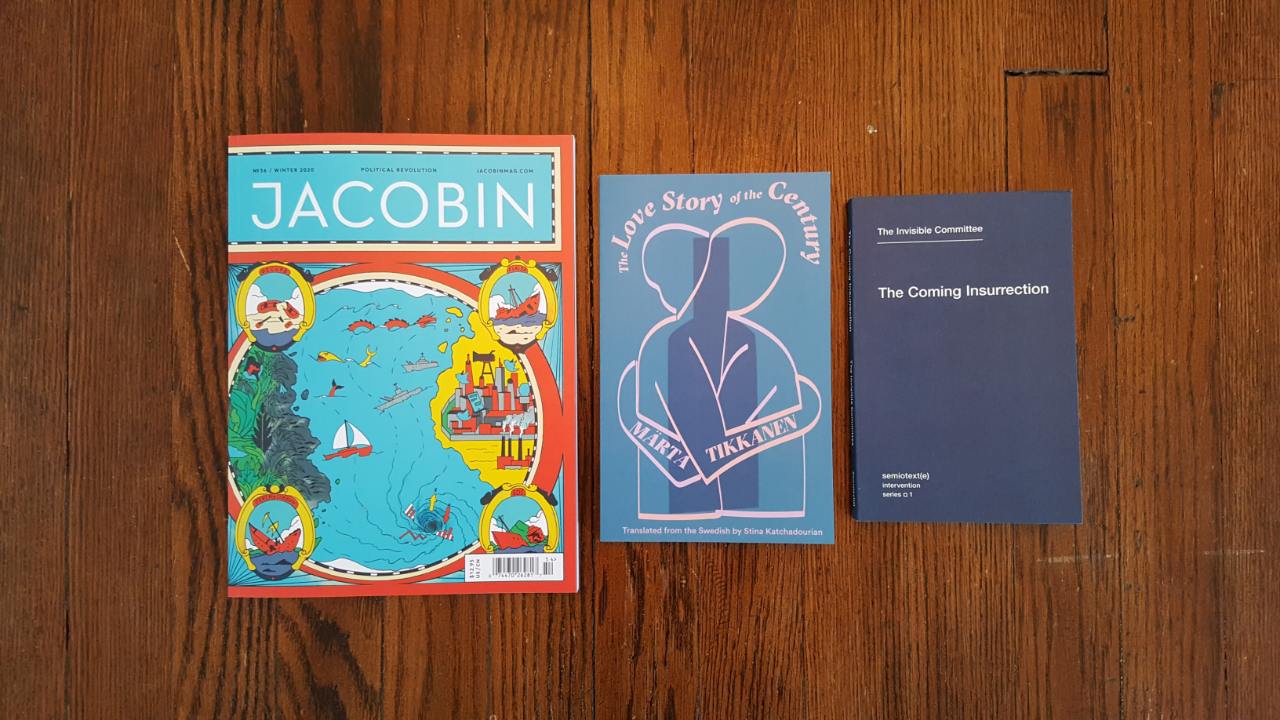 It’s been a busy week here at the Library of Winkelman Abbey. Yesterday we had our kitten spayed. She recovered nicely from the surgery and spent most of yesterday evening and night, well into today, being a psychotic beast. Only in the last couple of hours (a full 24 since the surgery) has she calmed down enough to sit still for more than about a minute. Thus, no kitten in today’s photo.

A small stack of books arrived in the past week. On the left is the newest issue of Jacobin. In the middle is the latest from Deep Vellum, The Love Story of the Century. And on the right is an impulse buy from Semiotext(e), The Coming Insurrection, the first title in their Interventions series.

The Coming Insurrection was briefly famous back in 2009 when noted fascist bootlick Glenn Beck spent several weeks pissing himself in terror on Fox News over what he called “the most evil book he has ever read.” Coming from someone who at the time worked at white nationalist propaganda outlet Fox News, that description is hilarious. I doubt Beck or any of his catamites (the ones who can read, anyway) made it past more than the first few pages of this small text.

So I have some good reading for the week ahead, while I nurse our kitten back to health.