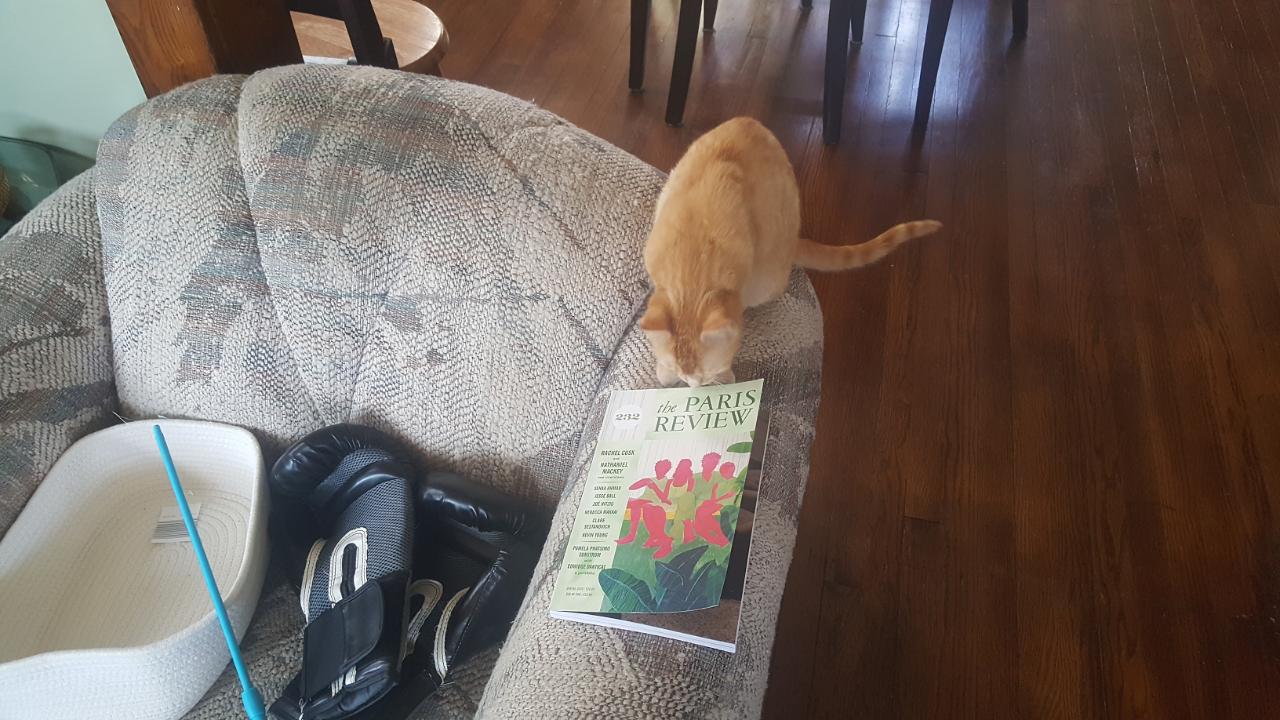 This week Poe dreams of more cultured climes as she browses and also nibbles on the new issue of The Paris Review, which was the only addition to the Library of Winkelman Abbey this week.

I finally made it to the end of Sayak Valencia’s superb Gore Capitalism. It was a difficult read, not because of the writing, but because of the subject, and also because I have not had to put my head into the space of deep theory in a long time.

Between Gore Capitalism, Jackie Wang’s Carceral Capitalism and Mark Fisher’s Capitalist Realism, I believe I now have the proper perspective to begin writing a series of Lovecraftian horror stories where the eldritch abomination is actually the free market.

In other words, they will mostly be non-fiction.