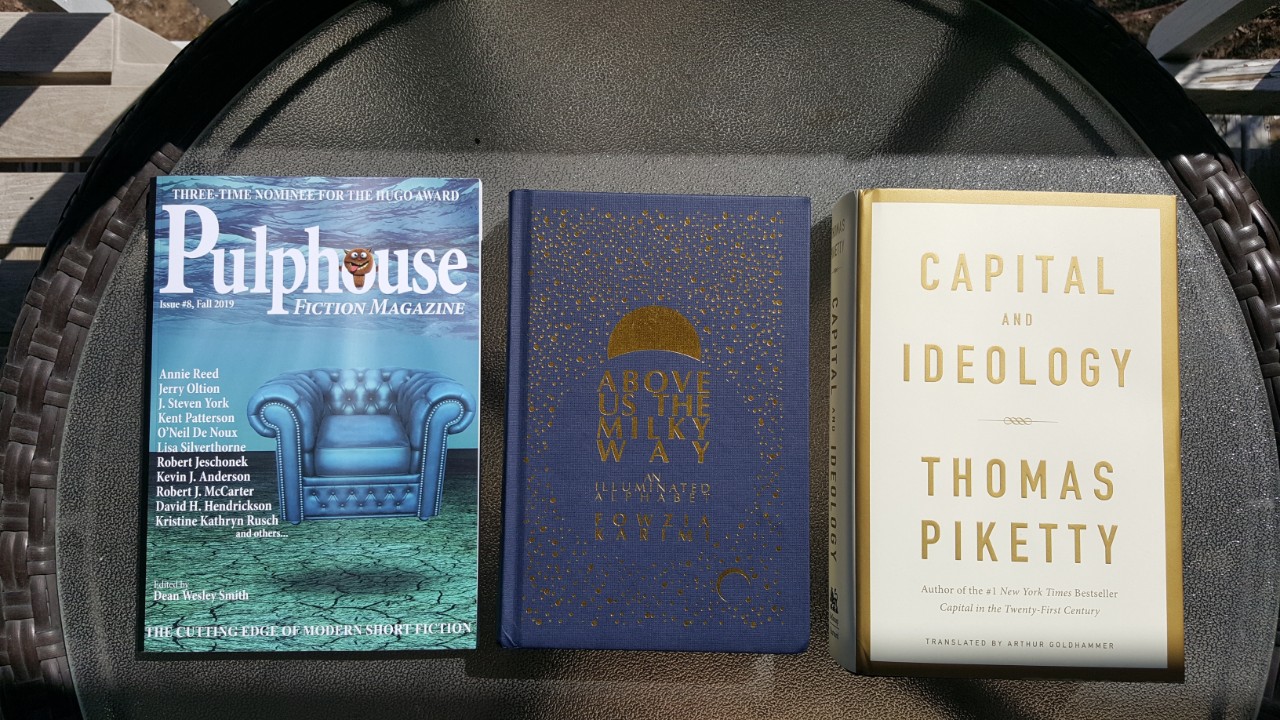 It’s not that I am unused to spending days at a time inside without seeing another human being. It’s just that I am used to doing it on my own terms. In any other year I would be out stomping the trails at all of the parks within a hundred miles of my house. This year? Not so much.

I finally have my schedule settled in so that I have more concentrated reading time, which is good because the books, they just keep coming in.

On the left is the latest edition of Pulphouse. In the middle is a gorgeous illustrated novel from Deep Vellum Publishing, Above Us the Milky Way by Fowzia Karimi. On the right is the new book from Thomas Piketty, Capital and Ideology, which is a companion volume to his magisterial Capital in the Twenty-First Century. At over 1,100 pages it will take a few days to read, I think.

I am finally back in my reading groove. In the past week I have finished William Gibson’s Neuromancer (a re-read), David Walton’s The Genius Plague, Rita Indiana’s Tentacle, China Mieville’s The Last Days of New Paris, and Paolo Bacigalupi’s The Alchemist. It was a binge, and it was wonderful! I have since started The Sol Majestic by Ferret Steinmetz, and am browsing at random Jim Harrison’s collected nonfiction Just Before Dark.

My writing in the past month and more has fallen completely by the wayside though I have jotted down a few ideas for poems.

I feel pressure to pack the spare moments with simple pleasures. Starting tomorrow, and likely to extend through the end of My, I will be on a project in which I will be working four twelve hour days a week, 6 pm to 6 am. I haven’t worked third shift since I was 21, and that nearly killed my, though it was only for about six weeks as well. Then again, that was in a factory for minimum wage, and this will be sitting in my home office for substantially better pay.

Such is the exciting life of a developer.