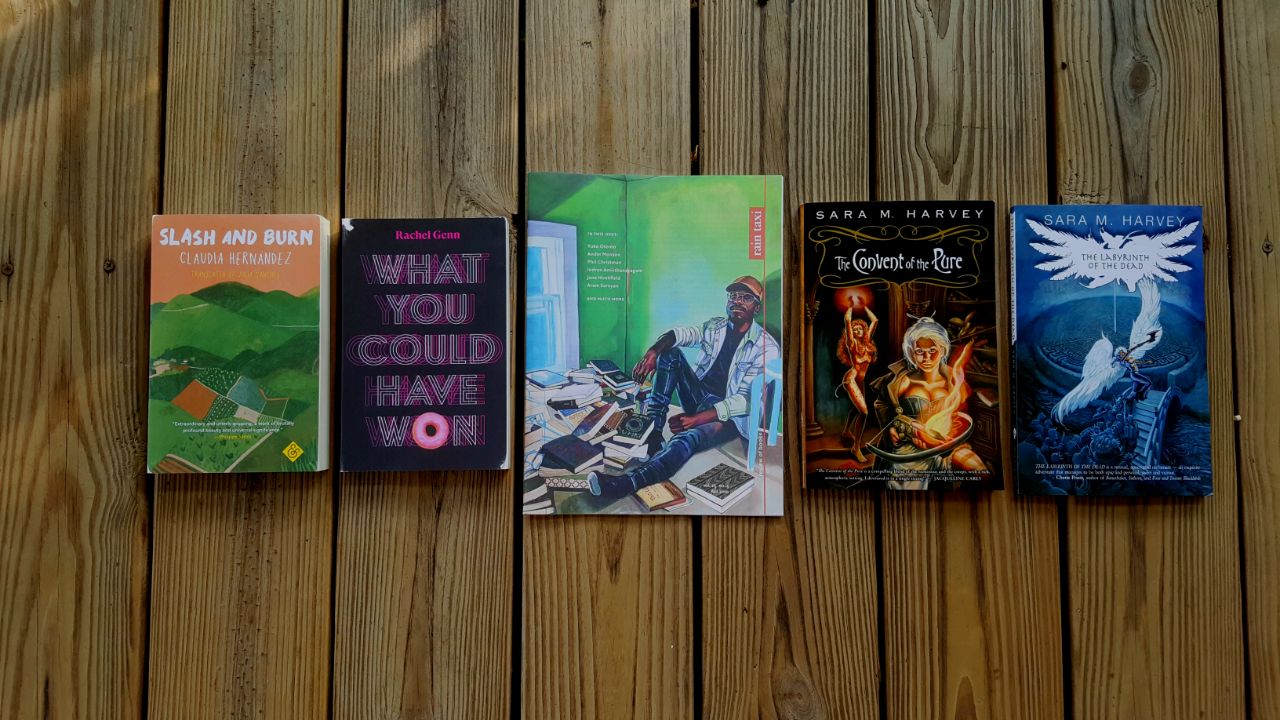 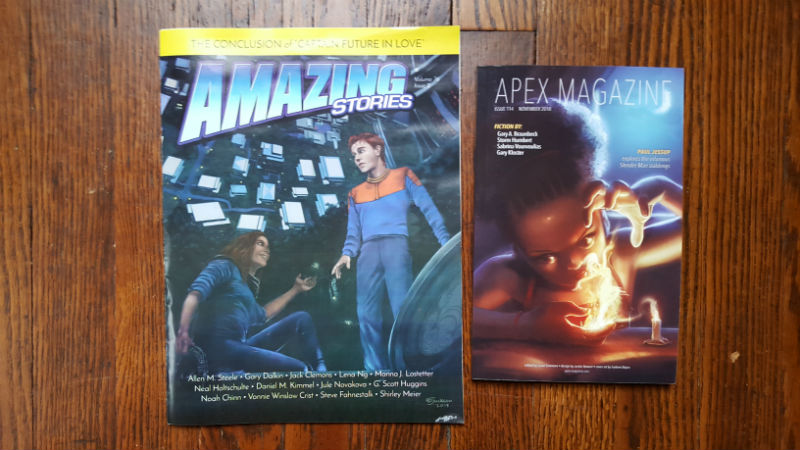 Apex Book Company just announced that they will no longer be publishing the print version of their magazine, which makes me sad. It was a year-long experiment on Patreon to see if there was enough interest to keep such an endeavor afloat. According to editor Jason Sizemore, there were just barely enough subscribers to launch the print version for a year, and therefore they are going to return to only publishing electronic versions with possible annual “Best of” collections or the like. If you have not yet experienced Apex Magazine, or the books produced by Apex Book Company, I recommend you hie yourself to their online store post-haste.

In reading news, I completed Flex by Ferret Steinmetz, and immediately started the sequel The Flux, which thus far (two chapters in) is every bit as good as the first. Still about halfway through The Monster Baru Cormorant, and in the spare moments I am reading random entries in Salvage. The most recent was China Mieville’s long essay about social sadism, which is online at Salvage.zone. So it goes. 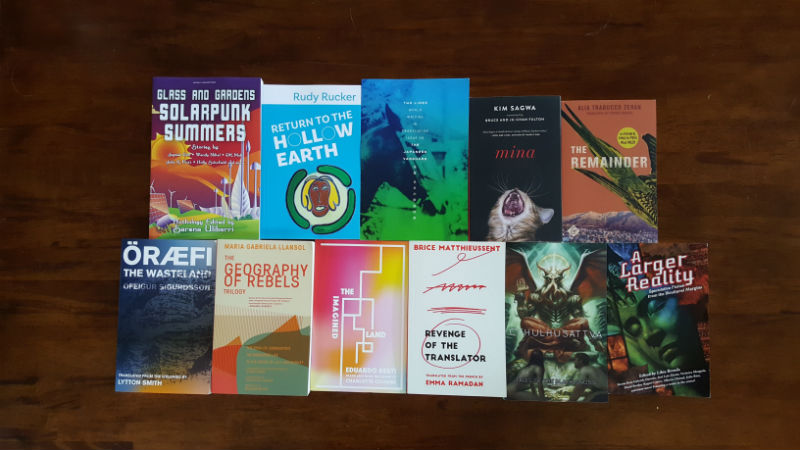 This was a good week for books! A little over half of them (3, 4, 5, 6, 7, 8, 9) are from publishers to whose catalogs I subscribe. A couple (2, 11) are from Kickstarters, one (1) is for research for an upcoming call for submissions, and the last (10) is just because it is an interesting title on an interesting subject.