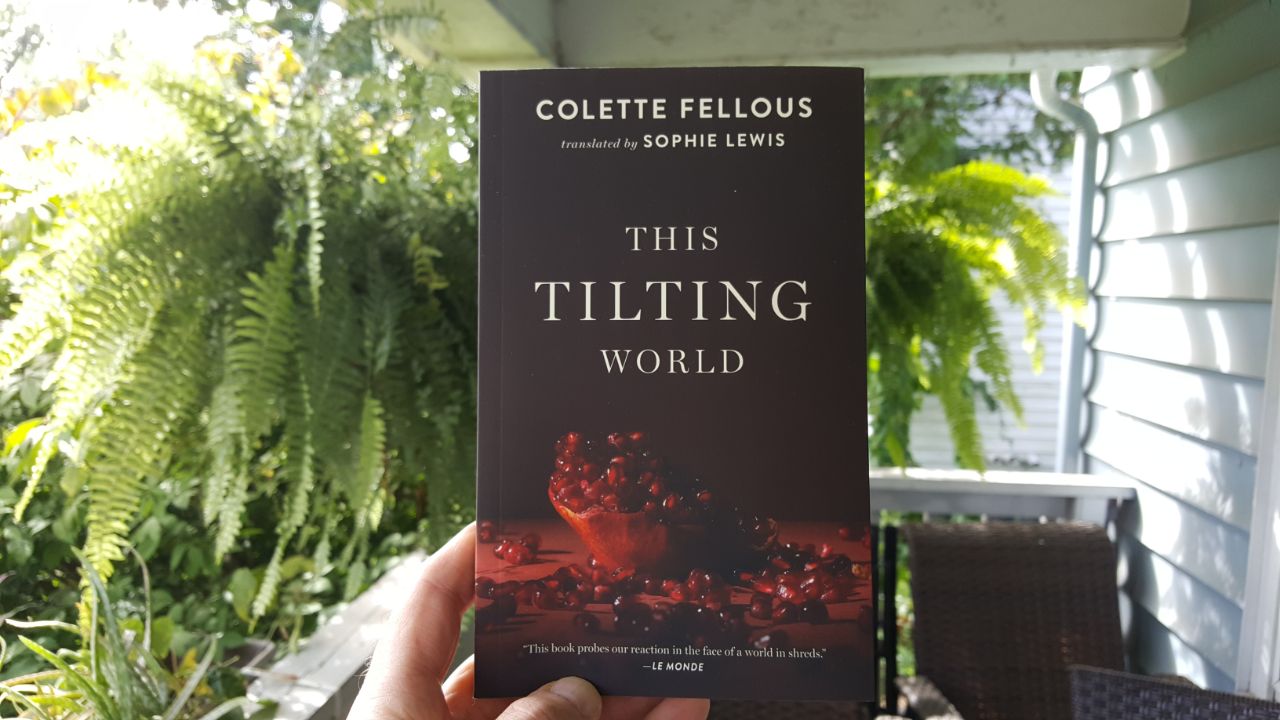 The first day of September 2019 dawned gloomy and wet, and the city seemed hung over after a night of desperate carousing at the end of the beginning of the Labour Day weekend.

Our hero, John Winkelman, looked over the stack of books which had accumulated during the last hectic week of August. The stack was short, consisting of a single volume — This Tilting World by Colette Fellous, published by Two Lines Press.

Oh, well, thought John, it’s not like I don’t already have a thousand unread books in my library.

“False!” shouted the Imp of Unpurchased Volumes from deep in Winkelman’s limbic system. “You have a mere thousand unread books in your collection. No serious antilibrary is so sparse that a single person could possibly read its contents in a single lifetime.”

Thus Winkelman was both shamed and enlightened.

I wish I could say that a slow accumulation of books makes for more reading time, but that just ain’t so. The frantic pace of the past couple of weeks has slowed my reading to a crawl. I did finish Kamau Daáood’s The Language of Saxophones, which was extraordinary, and immediately started The Hammer by Adelaide Ivánova, which I picked up at City Lights Bookstore at the same time I purchased the Daáood collection. So far it is very good; angry and pointed and occasionally surprisingly subtle.

I am almost finished with Snow Over Utopia by Rudolfo A. Serna, which has some good bits but is overall leaving me somewhat less than impressed. The writing is quite uneven and in places repetitive. The manuscript could have used another couple of rounds of editing. That said, the story — an odd mix of high-tech post-apocalyptic and fantasy — is interesting, and I would like to see a revised edition of the book at some point in the future.