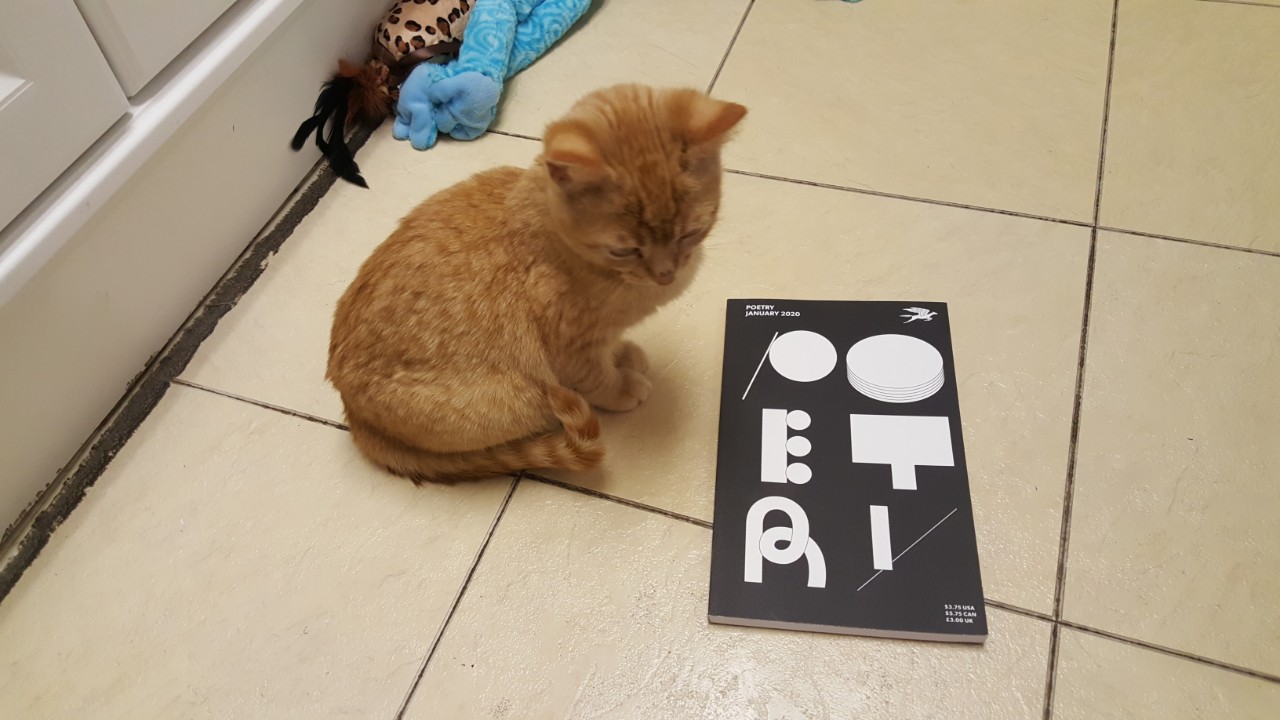 First, the most important news of the year. As of Christmas day, 2019, we have a cat! Internet, meet Poe, our Yooper ginger kitten. As near as we can tell he is about five months old. We adopted him from my girlfriend’s sister’s farm in Rudyard. Or rather, he adopted us. All of the cats were approachable, but Poe was the only one who stuck around to socialize after being fed.

Zyra named him after Edgar Allan Poe. Addressing someone as “po” is also a sign of respect in Tagalog and other Filipino dialects. And before anyone asks, no the cat was not named after Poe Dameron from the latest Star Wars trilogy.

(When I announced the kitten acquisition on Facebook the fine folks there suggested names like “Gravy”, “Pasty”, and “Poutine”. Poutine would in fact be a good name for a cat.)

Unless something exciting happens in the next two days, the January 2020 issue of Poetry will likely be the last acquisition to the Library at Winkelman Abbey for 2019. And that is fine. I have more than enough to read over the next few months, and since I want to hit the ground running on January 2 with lots of writing, editing and submitting, I won’t have as much time to read and catalog. I think of all my various subscriptions I will only be keeping three going into the new year: Poetry, Paris Review and And Other Stories. I might renew the subscription to Restless Books, but I need to draw the line somewhere.

In reading news, I haven’t done much in the past week. Still working through Gore Capitalism and occasionally edging carefully past my copy of A Thousand Plateaus on the way to and from the kitchen, lest I startle it into attacking me.

I doubt I will start reading any new books before the new year; too many and-of-year projects to complete, too much food to eat, and wow, do kittens require a lot of attention.