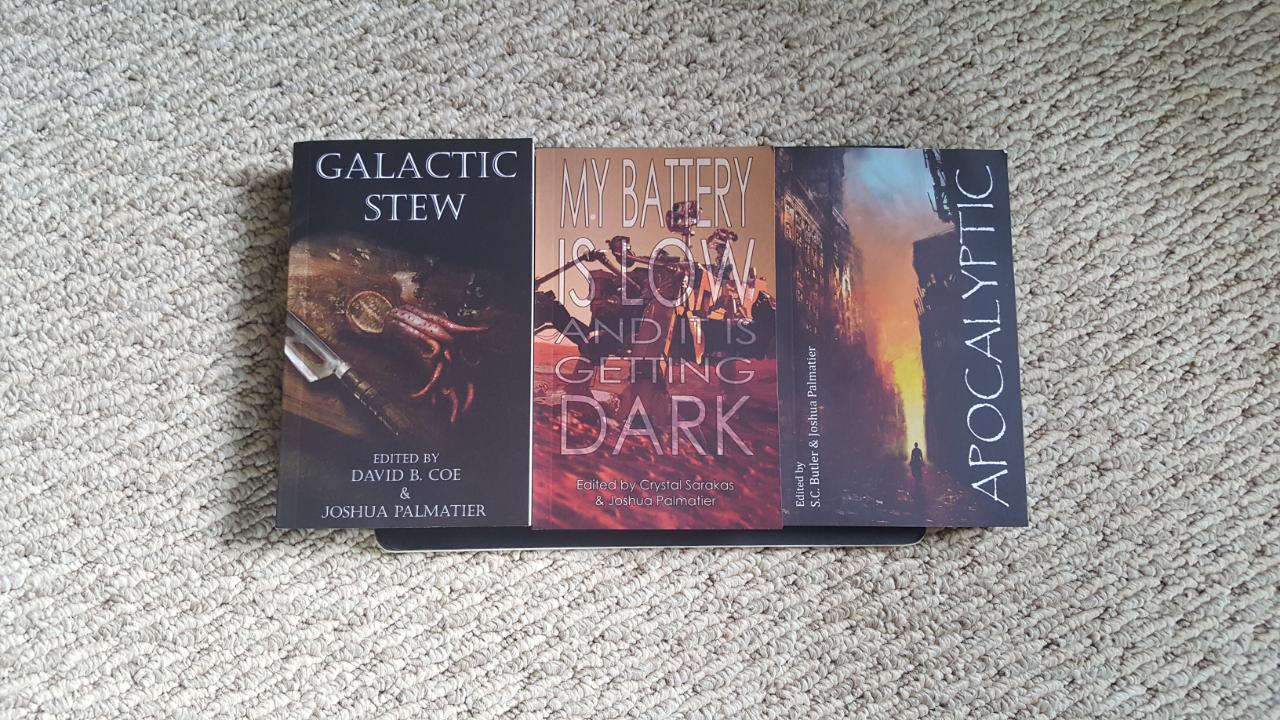 At long last, after ten weeks of second and third shift work, fifty hours a week, the project from hell is done. I got out of bed around noon today after shutting down my workstation at 11:00 last night. I don’t remember the last time I was this tired, or burned out, or otherwise completely done with the world. Early February 2013 maybe, or mid-May 2009. Something like that. The difference here is that, other than the crazy work hours, it was not a negative or traumatic experience; simply a lot of work across a lot of hours at a time of day when I am usually asleep.

In the last ten weeks I have lost around 10 pounds, most of that muscle mass as far as I can tell, from the complete disruption of my workout schedule as well as the lack of sleep, which is now well into the territory where if it were being inflicted upon me by a government agency it would count as cruel and unusual punishment. Since it is instead being inflicted upon me by capitalism it is considered being a good employee and contributing member of the team.

The part of my life I have missed most, and which I most look forward to, is waking up before the dawn, after a good night of sleep, and practicing tai chi on the front porch, then relaxing with a cup or two of coffee and reading and writing as the world wakes up around me. Three hours of quiet time before work is the bare minimum to keep my head on straight, and I have not had that since there was still snow on the ground.

So here we are in the last full week of spring, as the days are just about as long as they will get before the night starts creeping in again, and now I get to start enjoying the warm weather.

Being well-rested and healthy will also certainly be of benefit to my relationship in any number of ways, not the least of which will be that when Z proposes that we do anything at all, I will feel something other than depressed and tired at the idea of having one more goddamn thing to think about. I look forward to looking forward to things again.

Only one shipment of books this week, from Zombies Need Brains LLC, a small indie publisher which runs an annual Kickstarter where they fund and call for submissions for a trio of anthologies of varying themes. This is the second of their Kickstarters I have funded. I submitted a story to the previous round of books, and though it was not accepted for publication they sent an encouraging rejection letter. So I will try again, if and as as I have time to write.

Speaking of writing, I have a steadily growing pile of handwritten notes for the book I plan to write this summer. The plot is coming together, as well as a couple of the primary characters – protagonist and antagonist. I like the feel of it – secondary-ish world fantasy, post apocalyptic; though with enough history in the world, everywhere and everything is post- some apocalypse or other. Or mid-, or even pre-apocalypse. Kind of like right now here in the real world.

In reading I am partway through Derek Künsken‘s book The Quantum Magician, and really liking it so far! I met Künsken at ConFusion a few years back, and his book has been gathering dust on my shelves until last week. Like the other small press and self-published books I have read this year, it is really good! I look forward to snagging the sequel sometime later this year.

Now off to get caught up with the world, which seems to have moved on without me over these past two and a half months.