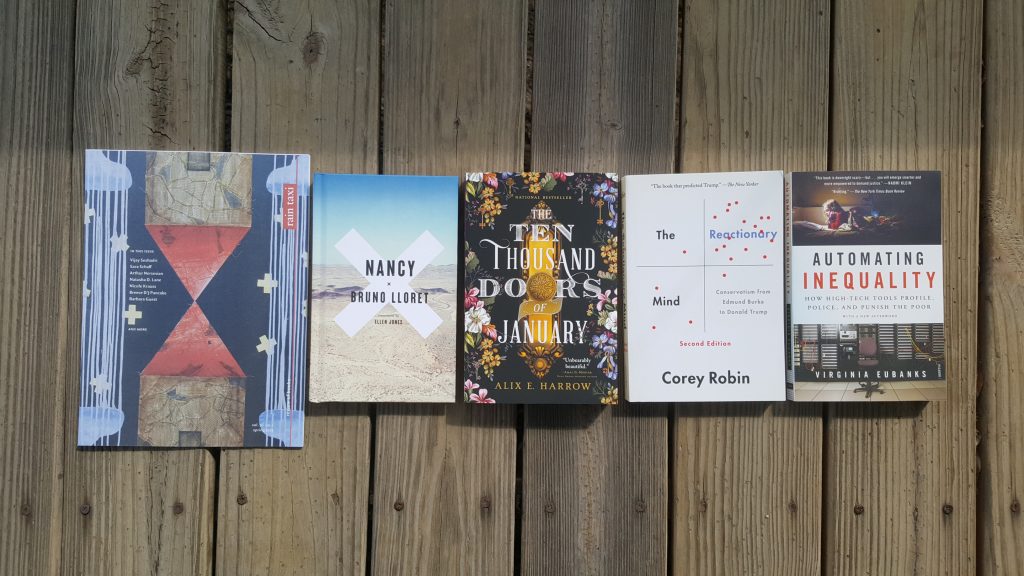 It’s been a beautiful week here in Grand Rapids, in the last full week of March 2021. The tai chi and kung fu classes are back at Wilcox Park, weather permitting. After almost four months of indoor classes conducted through Zoom, the outdoors seems huge. I went for a long walk at Blandford Nature Center after class, and I was one of maybe five people in this huge park. For most of the two hours I was there I didn’t see another soul, and though the park is surrounded by neighborhoods, for the most part I didn’t hear anyone either. It was a disorienting experience. I felt something which I wouldn’t call agoraphobia, but it was something on that spectrum. A sense of vast horizons, after a year of being inside my house, and much of that time in my office, staring at a computer screen. It was disorienting having the nearest object farther than ten feet away from my eyes.

A decent pile of books arrived here at the Library of Winkelman Abbey in the past week. Two are from subscriptions, and the last three are from a recent order I placed at the best bookstore in Grand Rapids, Books & Mortar.

On the left is the latest issue of the ever-excellent Rain Taxi Review of Books.

Second from left is Nancy by Bruno Lloret, the latest release from Two Lines Press.

In the center is Alix E. Harrow’s The Ten Thousand Doors of January, which I have been meaning to read for, oh, at least a year.

Second from the right is The Reactionary Mind by Corey Robin, which I learned about from Cory Doctorow‘s blog Pluralistic, in which he discussed this book in the same paragraph in which he invoked Frank Wilhoit’s description of conservatism (“Conservatism consists of exactly one proposition, to wit: There must be in-groups whom the law protects but does not bind, alongside out-groups whom the law binds but does not protect.”).

On the right is Automating Inequality by Virginia Eubanks, which I suspect will have a lot to say which heavily echoes the Wilhoit quote. This is, after all, America.

In reading news, I am about three quarters of the way through Gideon the Ninth and loving every page of it. I will probably finish Monday or Tuesday.

In writing news, lots of journaling but not much else. So it goes.

Next Friday I get my first COVID shot. Then I will enter the liminal space between it and the second shot three weeks later. There is no telling what the world will look like on the other side of that experience.