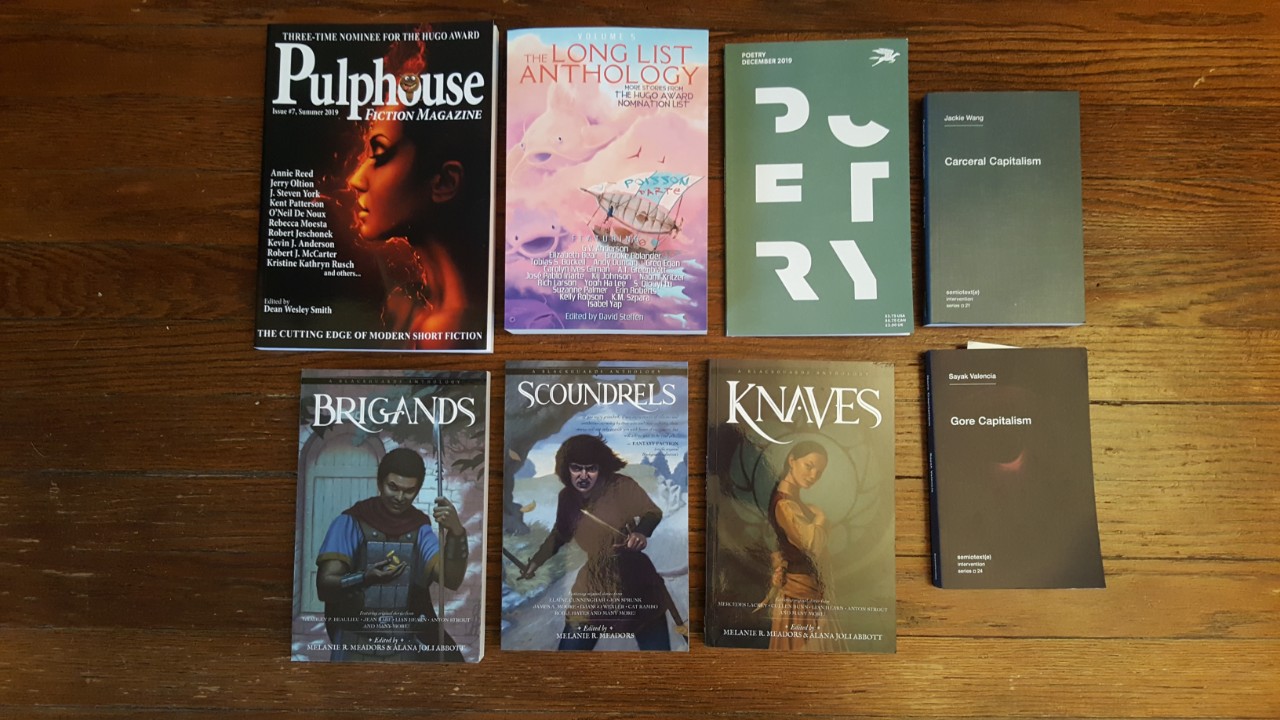 And just like that, NaNoWriMo 2019 is over. For me it was the most successful one yet. I hit 50,000 on November 20 and added around five thousand more in the last ten days. Final tally, somewhere north of 55,500 words. If I hadn’t abruptly run out of steam right after winning I could have hit 70,000 and still had more story to tell. Such are the vicissitudes of life.

This was a good week for the Library at Winkelman Abbey, mostly thanks to various Kickstarter campaigns.

In the bottom row are the three books from the reward from a troubled Kickstarter campaign which, though it took a year longer than anticipated, finally came through with flying colors. Knaves, Scoundrels and Brigands all look to be excellent anthologies and I look forward to reading them as soon as they get to the top of the TBR pile.

To the far right of the pile are two books from Semiotext(e). On the top is Carceral Capitalism by Jackie Wang. On the bottom is Gore Capitalism by Sayak Valencia. I first heard of Wang’s book when I was researching the various manifestations and rhizomes of capitalism after browsing through The Psychopathologies of Cognitive Capitalism, the third volume of which I picked up in San Francisco this past summer. Given that this is the major purchasing month of the year I feel like these books, along with A Thousand Plateaus: Capitalism and Schizophrenia by Deleuze and Guattari, might have some interesting things to teach. These are the kinds of things I read when the holiday season has me in a certain mood.

Blame that on a decade of working retail in West Michigan.