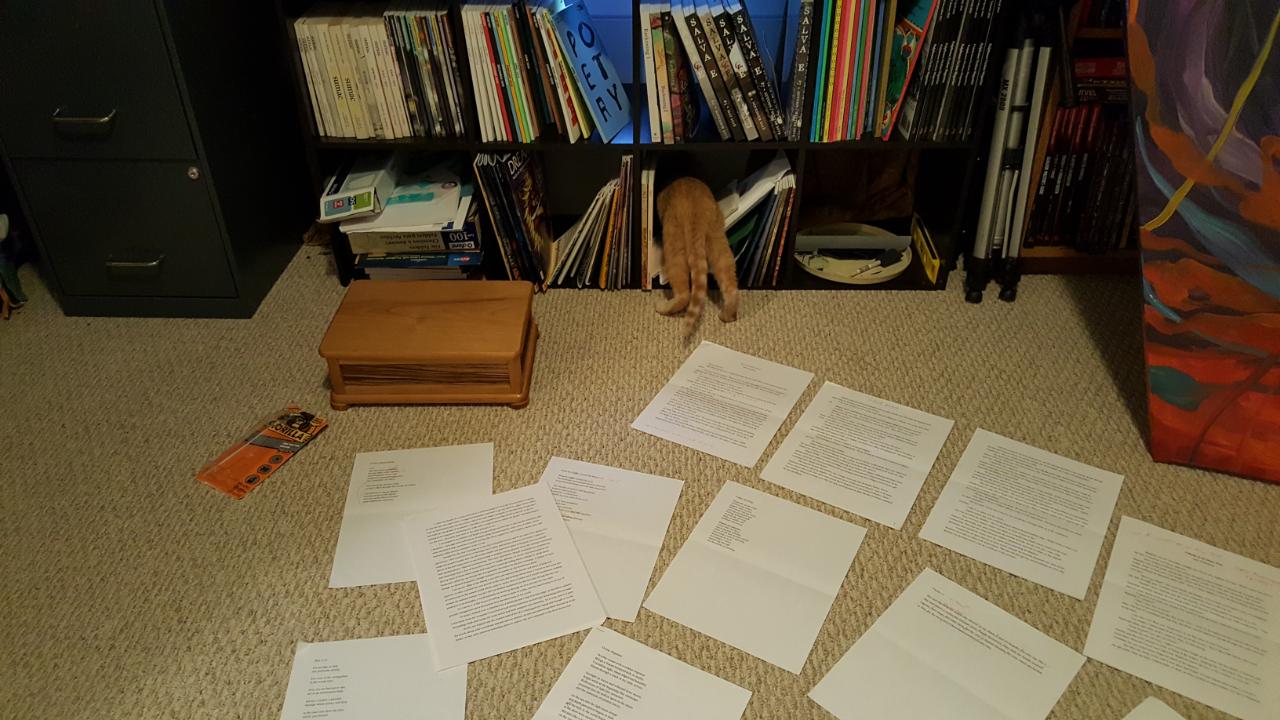 I am overjoyed to announce that Portage Magazine has just published two of my poems in their 2020 issue. You can read “Afternoon Traffic” and “Percussion” on their website, as well as the rest of the excellent collection published by this gem of a journal.

I became aware of Portage Magazine when I was looking for possible venues for submission. There are of course thousands of outlets for poetry but that doesn’t mean a specific outlet is right for a specific poem. Since I am a Midwesterner, and therefore a Midwestern writer, I tried to use certain keywords to filter the lists from Poets & Writers, Duotrope, and other lists, but that still left several hundred possibilities. So I abandoned all of that and simply looked through the author bios of the 12 issues of The 3288 Review which Caffeinated Press published over the past five years, and wrote down the venues which had also published the poets which we had published. That left a much more manageable list, and Portage Magazine was right there in the middle of it all. And they do a very good job of publishing and promoting their authors.

Thank you for reading!

It was withdrawn after they couldn't successfully add an exemption for wealthy white families.

A bill in the Louisiana legislature aiming to charge women and their doctors with murder for obtaining or providing abortion services was withdrawn from consideration amid outrage and a successful effort to amend it https://reut.rs/3w8Tn4B

The Call is Coming from Inside the Nash@Nash076

Yup, figured this would happen.

Musk is now trying to cobble together a consortium of buyers to prevent having to take a loan on his Tesla stock.

The GOP wants to end legal abortion for two reasons. First, because they hate women and want to enslave them.

But second is the babies. They need an endless supply of babies to traffic through adoption to evangelical couples. They need poor kids to become soldiers or prisoners.