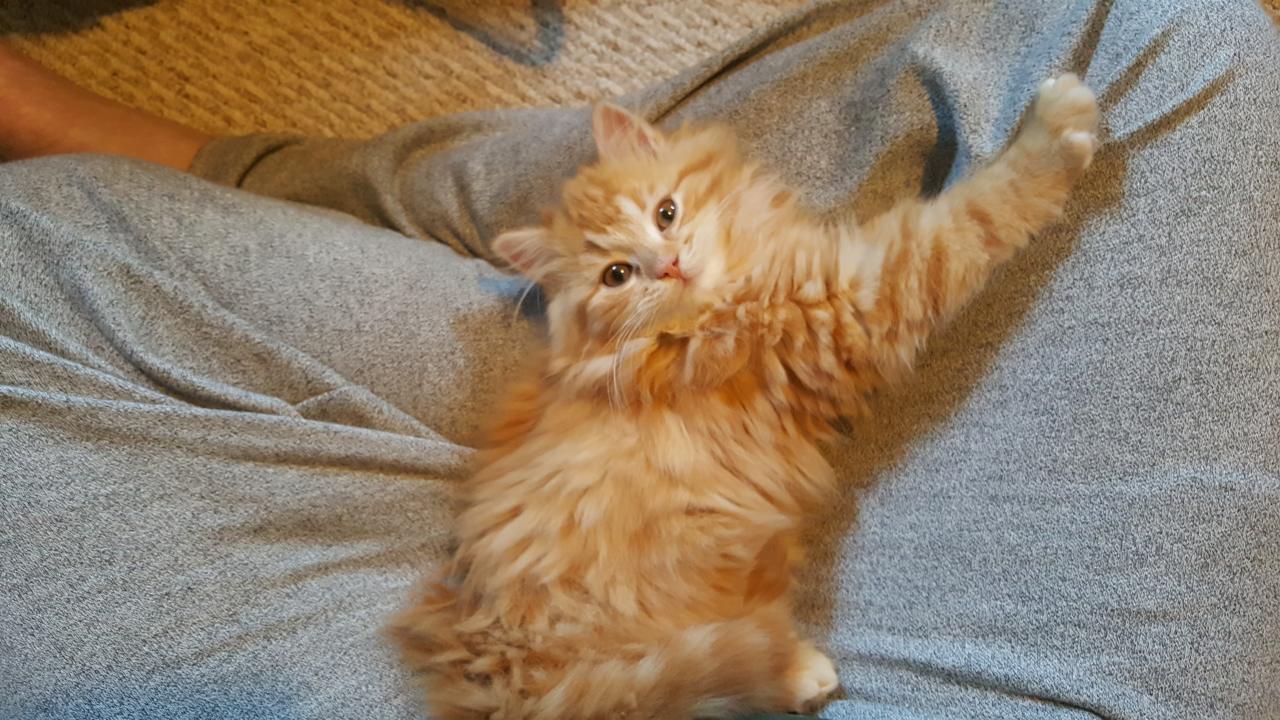 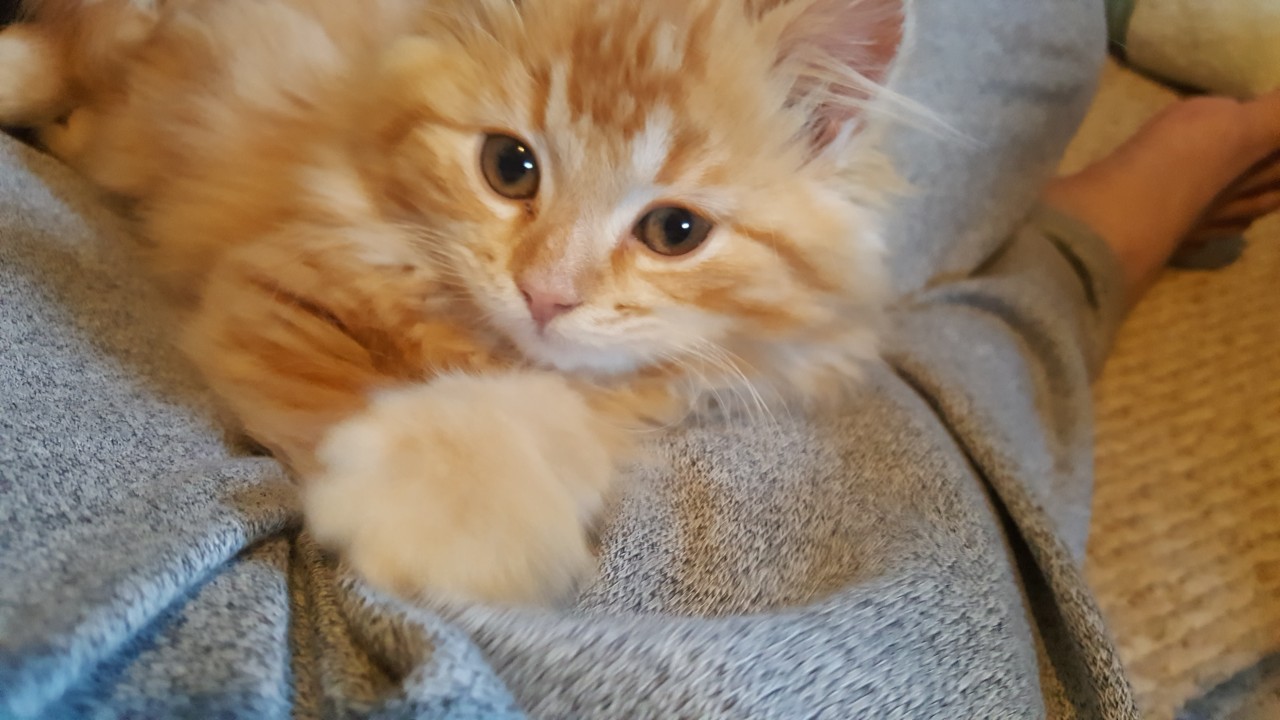 Right now Pepper is in internal quarantine in an enclosure in my office while we wait to take her to the vet for a checkup and shots. We should be able to allow them into the same space together starting in about ten days. She and Poe have exchanged chirps and growls under the door to my office, and already Poe seems to be getting used to the idea of no longer being the only cat in the house.

Pepper is Poe’s cousin, from the same colony in a farm in Rudyard. She is sweet and crazy and affectionate, thanks to attention from the various children and grandchildren who helped to socialize her over the past two months. She weighs about three pounds, though with her fur she occupies approximately the same volume as a Volkswagen Microbus. We gave her a bath the night we brought her home, and when soaked she was about the size of a chicken drumstick. 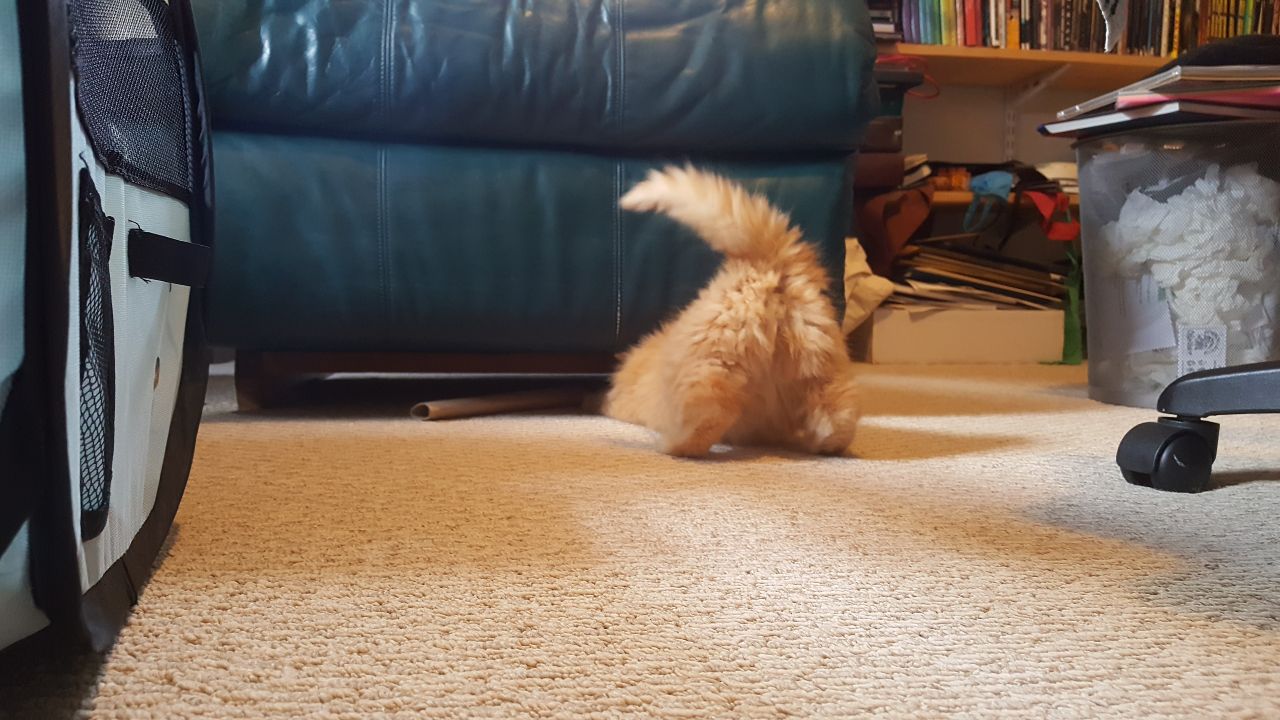 The English language is inadequate for accurately describing the floofiness of our new kitten.