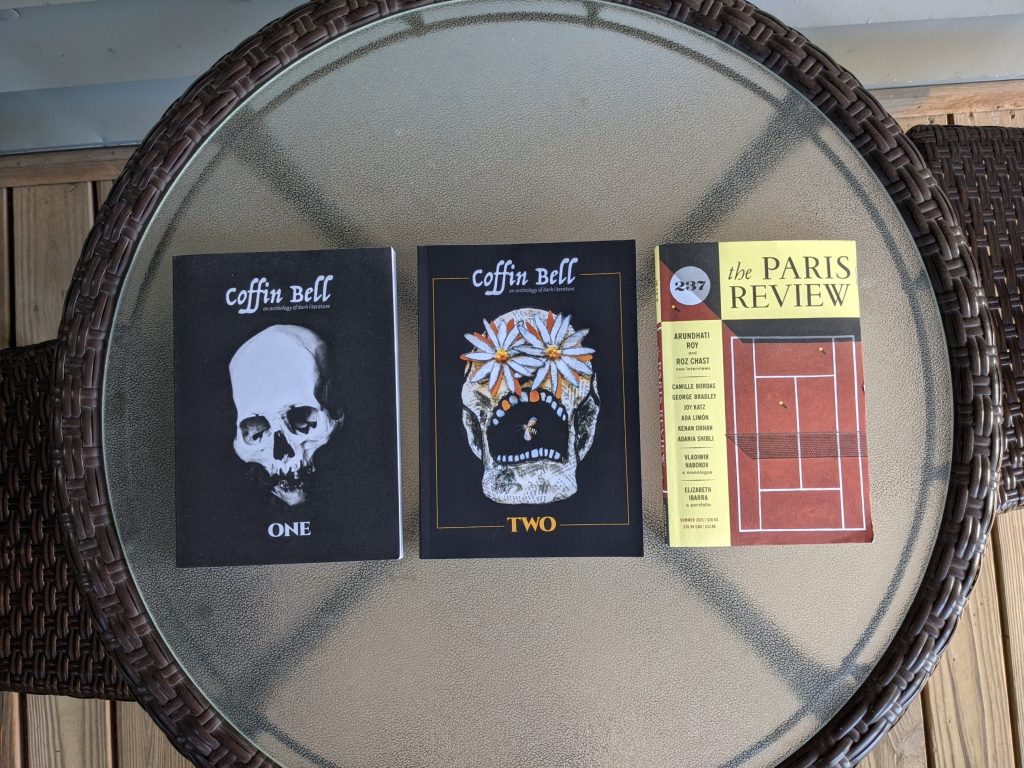 The week off from work recharged my batteries somewhat, and I am back at my desk, writing and debugging code with a fresh sense of ennui. Seriously. The big take-away from my week off was the realization that I need more time off. Not that I have Things To Do (although I do), but I realize I am now fully in the emotional hangover stage of the last year (pandemic) and the last four years (Daddy-issues Donnie the mobbed-up white supremacist sexual predator in the White House). Because of the damage done, the world is still on a downward trajectory, but the angle for the moment is more gentle and may in the next few years level off at something which approaches stability, with a possibility of improving for whoever survives to 2030.

This was a good week for acquisitions for the Library at Winkelman Abbey.

First up is a pair of “best-of” anthologies I ordered from Coffin Bell right after they accepted my short story “Occupied Space.”  These books have been buried in the vaults of the USPS for months, and have finally made it to my doorstep. And they are beautiful! The editors at Coffin Bell produces some quality work, and I’m not just saying that because they published one of my stories.

On the right is the latest issue of The Paris Review. I really need to start reading these, or cancel my subscription.

In reading news, I am about 40 pages into The Cybernetic Hypothesis and already it is filling me with a subtle sense of dread. First published in France in September of 2001, the text feel prescient in the way in which it describes the ubiquity and inevitability of systems of control in all of the living spaces of the world. And as with everything else in the world, it is inevitable that such systems will be monetized. And twenty years later, these systems are so embedded in our cultures and societies that talking about them feels akin to talking about the weather.

I am a little over 100 pages in to The Ten Thousand Doors of January, and I absolutely love it. I will post more thoughts when I finish, probably around the middle of the month.

In writing news, I don’t have much to report. I jotted down a couple of story ideas, looking for ways I can write high-magic, secondary-world stories which deal with surveillance capitalism, cognitive capitalism, carceral capitalism, and the like. In other words, yeah, I probably need to narrow my focus a little.

The day is beautiful, slowly transitioning to scorching, and we have plans to cap my birthday weekend with oysters and Bloody Marys. Thank-you to everyone who posted birthday wishes on the various social media platforms. I have had a wonderful weekend.