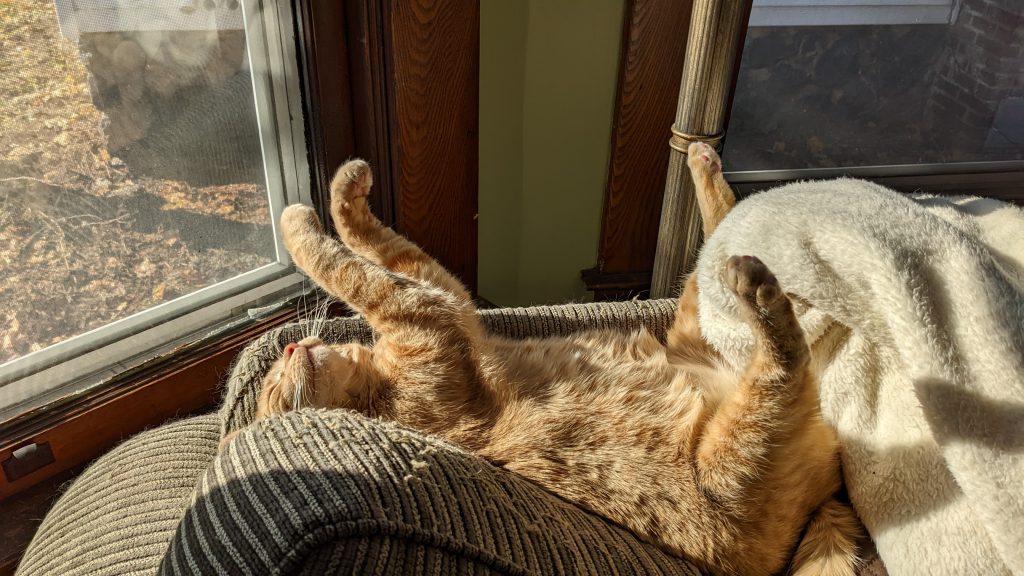 Well, NaNoWriMo 2022 is over, and I can chalk up another win for myself. I hit 50,000 words in my WIP Cacophonous on November 23, and managed to get in a couple thousand more before the end of the month. I had hoped to hit 60k but family and holiday stuff, as well as a strong attack of burnout from the year, sapped all of my creative energy. But still – 50,000 words in a little over three weeks. I’ll accept that.

This year I employed the same strategy as last year – one document for every day of the month, word count in the title, and let the chapter breaks fall where they may. As with last year, this had two benefits. First, it removed the sense that the next chapter couldn’t start until the previous one was finished. I didn’t have to finish scene X by the end of the day. I could pick it up the next morning. This is really more of a psychological than a practical trick. but it does keep the focus where it should be for NaNoWriMo – productivity and word count. The editing happens later. This is Draft 0. After it is all cobbled together, it is draft 1. Then the editing can begin. And second, I could start each day fresh, unencumbered by what I had worked on in the previous sessions.

The big change this year, from the past three, was the community involvement. Of course 2020 and 2021 had no in-person events, and 2019 I think I skipped out on everything so I could be with my partner as she had recently moved in and things around the house were still a little chaotic.

I didn’t realize how much I had missed the community aspect of NaNoWriMo until I walked in the room for the kickoff party back at the end of October and saw all of those familiar faces, some of whom I had not seen in five years. Then there was a book launch party for the first publications by Lakeshore Literary, the new publishing endeavor which grew out of the ashes of Caffeinated Press. And then two weeks ago we had DoKN, or the Day of Knockout Noveling, where I wrote about 5,000 words in one afternoon, ate a lot of really good food, and encountered many more of the people who I had not seen in years.

So, like so much else in 2022, my sense is that the world is making up for the two years when we couldn’t do anything, by having everything happen in a very short amount of time.

As of this writing I am about 60% of the way through Cacophonous. More if I take the short story I wrote in October 2021 and turn it into the last couple of chapters. I will certainly use a lot of it, but the book is significantly different from the short story so I will only bring over the bones of the first work.

Will I participate in NaNoWriMo again? Absolutely! There are no bad sides to such an event.