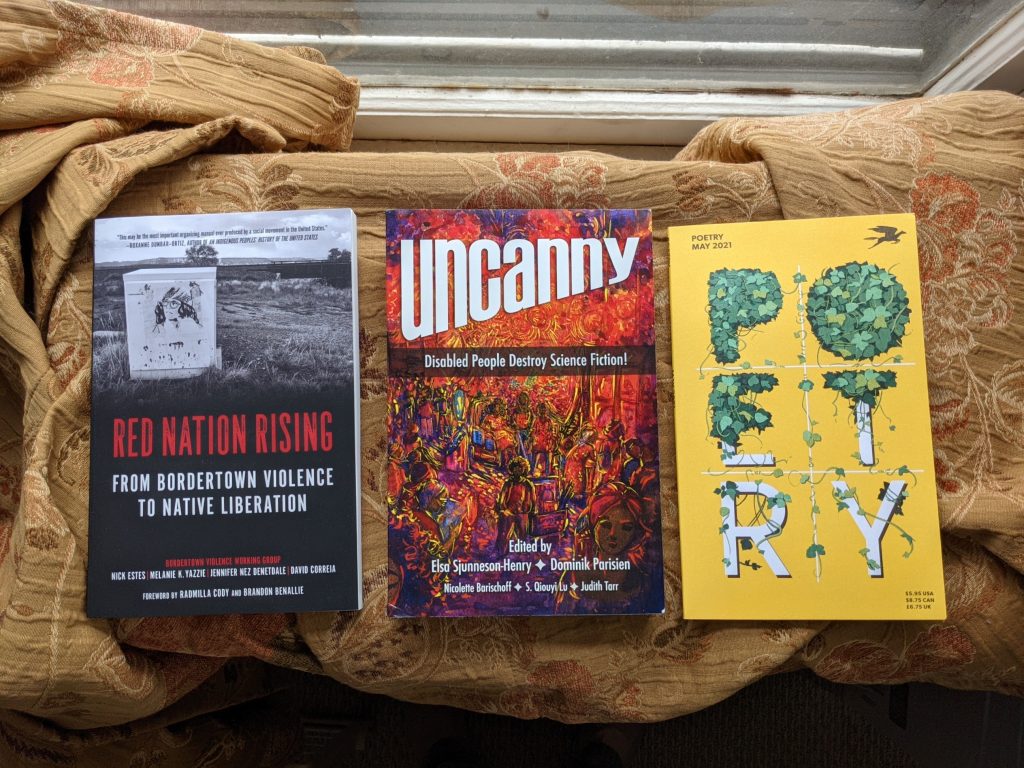 As of this week the quality of life in my neighborhood has improved immensely. A terrible neighbor, who had made it his mission to deliberately be as obnoxious as possible to the people around him, has finally moved away. While, like Rush Limbaugh, the tragedy is not his absence but rather his existence, I do have to thank him for giving me an immense number of writing prompts over the past eight years. I used to have a running joke that I could never write literary fiction because around 3,000 words in, Cthulhu would show up. In this case, when writing about this odious jackass, he was so awful that the Great Old One never appeared. One day I will publish these stories, which are more transcriptions of events, and other than slightly changing some names I won’t need to alter any of the events in order to make them an entertaining read.

All of which is to say, I am looking forward to the next several months of peace and quiet with cautious optimism.

Three new volumes arrived this week. On the left is Red Nation Rising, from a Kickstarter campaign run by PM Press. The writers describe it as the first book to explore the dynamics of violence of bordertowns, which they define as the encroachment of white/European settlers into indigenous lands. This is a definition of a border/town which I have never seen before, and it rings true. What settlers call a border, the indigenous populations would call an encroaching wave of apocalypse.

In the middle is the Disabled People Destroy Science Fiction issue of Uncanny Magazine, originally published in 2018. Uncanny has published a manifesto wherein they describe their rationale for the naming of this and the other volumes in the _____ Destroy series. It is quite a good read, and eye-opening for anyone who is not familiar with the changing world of genre fiction. And it is a nice poke in the eye for anyone who doesn’t like the fact that the world of genre fiction is becoming more open and exclusive.

On the right is the latest issue of Poetry Magazine, which is a beautiful way to round out the last full week of National Poetry Month.

In writing news I am still keeping up the pace of at least a poem a day for the month of April. It feels good. Poetry is a muscle which grows stronger with regular exercise.

On Friday I will receive my second COVID shot. I look forward to being able to interact with other humans again. A little.