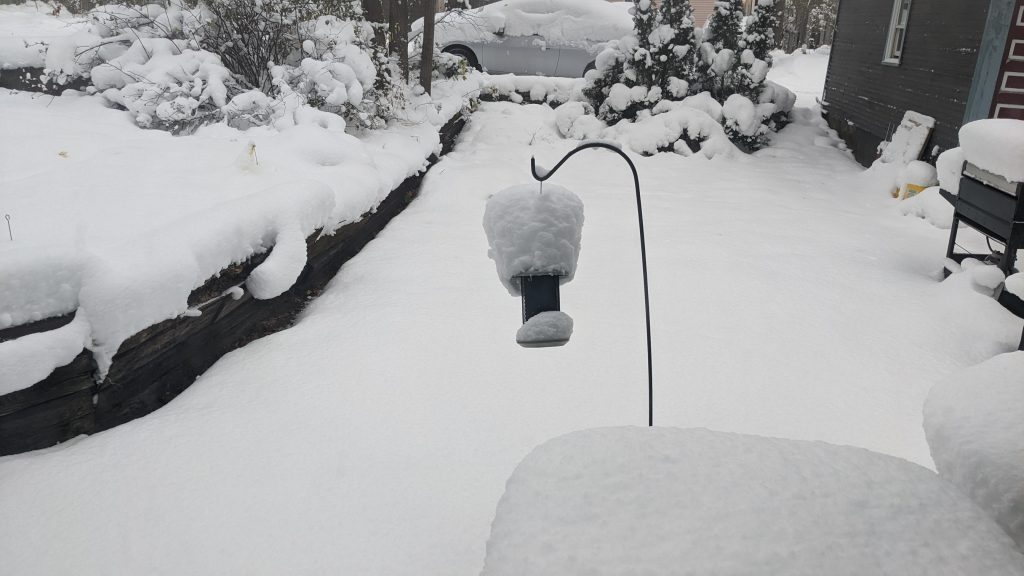 Brief update this week, on account of I have a very full plate.

No new book arrived this week, so here is a photo of the bird feeder outside my dining room window, before half again that much snow was added to the pile. It’s been a wacky couple of days here, weather-wise.

In reading news, I just finished Jim C. Hines’ Terminal Peace, and it is really good! A fine conclusion to a fun trilogy.

In writing news, I am fast approaching 50,000 words in my NaNoWriMo 2022 story Cacophonous. I expect to “win” before Thanksgiving, and possibly finish the draft by the beginning of December. And writing at this pace is turning my brain to mush. 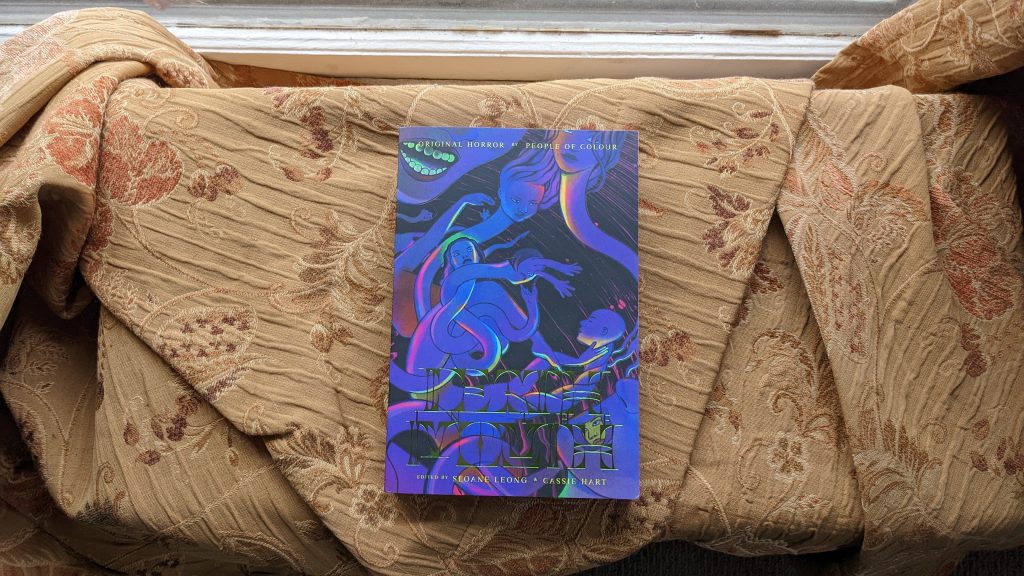 With the midterm elections mostly in the rearview mirror, barring a couple of races which were so close that they are going into runoff, or are still being counted, the world is returning to whatever passes for a state of normalcy. Donald Trump, along with all of his supporters, was once again proven to be a pathetic loser, and most of the neo-Nazi bootlicks who rode, or attempted to ride, his coattails into political office were rightfully kicked to the curb. There were the usual tears and accusations of rigged elections from the emasculated wingnut manbabies of the GOP/QANON/OANN/KKK/Fox News bloc (which is many different names for the same undifferentiated mass of jackboot fetishists), and there will inevitably be a backlash of new bills introduced which will attempt to limit voting rights to only conservative white Christian men who own property. Such are the goals of conservative white Christians in America.

Only one new book arrived this week – Death in the Mouth the most of the recent spate of Kickstarter rewards. Friends, this book is gorgeous!

In reading news, I finished K.S. Villoso’s The Wolf of Oren-Yaro. It was great! When I am ready to start buying books again, I will pick up the sequel which, based on the excerpt published at the end of Wolf, should be excellent.

I just started Terminal Peace, the final volume of Jim C. Hines’ Janitors of the Post-Apocalypse trilogy. So far, it is every bit as good as the previous books in the series.

And on a whim, during breakfast this morning, I cracked open Duncan Hannah’s 20th Century Boy, which I can already see I will need to put down until after November, else I will be so consumed reading it that I will not have any time to write.

In writing news, I am at something over 25,000 words in my NaNoWriMo story Cacophonous. Things are going very well so far and I expect to hit 50,000 well before the end of the month. 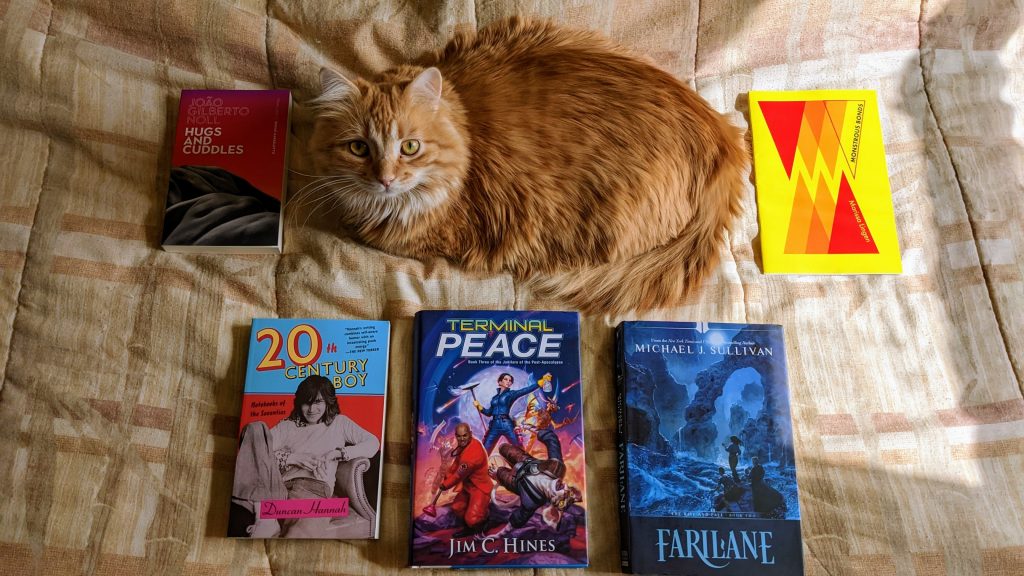 Woke up one morning, and there was frost on the porch roof and the windshields of nearby cars. That hasn’t happened in a while.

First up, from my soon-to-end subscription to Two Lines Press, is João Gilberto Noll‘s Hugs and Cuddles, which looks like it will be a great read.

Next is Marissa Lingen‘s chapbook of short stories, Monstrous Bonds. I met Marissa at ConFusion back in 2015, and have enjoyed her fiction, poetry and book reviews for several years.

Next is Duncan Hannah‘s memoir 20th Century Boy. As I wrote back in August, I had not heard of Hannah until reading excerpts from this book in The Paris Review, and when I searched for more info discovered that he had died this past June. How’s that for timing?

Next is Jim C. Hines‘ newest entry in the Janitors of the Post-Apocalypse series, Terminal Peace. I see Jim every year at ConFusion, so I hope to run into him again and, with a little luck, get this book signed.

Last but not least, and fresh from a successful Kickstarter campaign, is Michael J. Sullivan‘s Fairlane, the sequel to Nolyn and the second book of the Rise and Fall series.

In reading news, I have two more issues of The Paris Review left on my stack, and should be finished with them in short order.

In writing news, I have completed nothing cohesive, but am making good progress on the worldbuilding for my NaNoWriMo project. So even if I don’t write 50,000 words in November, I will have a good base to finish the book, no matter how long it takes.